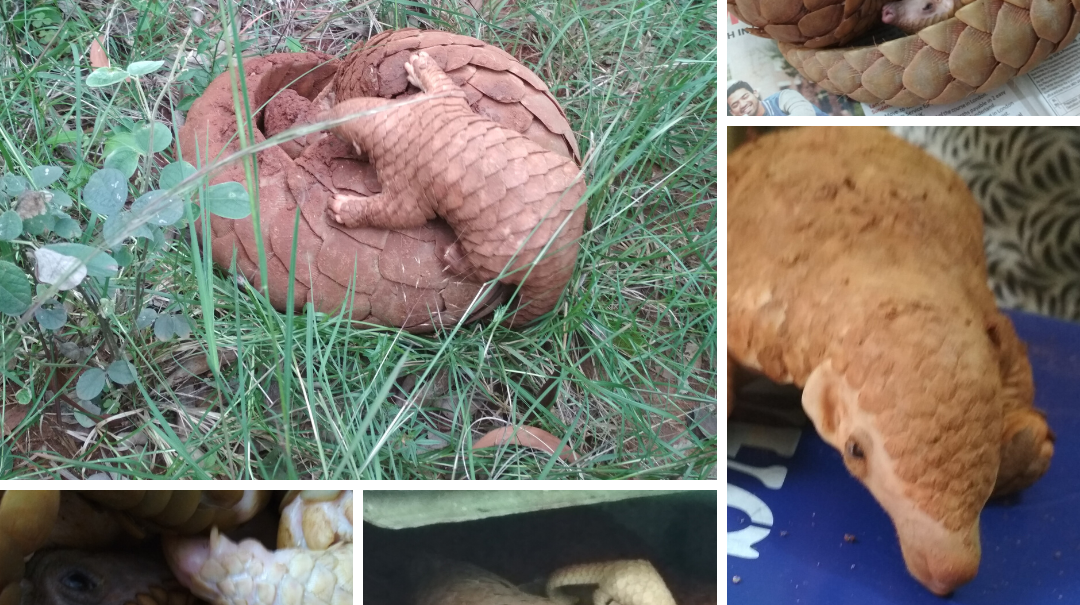 It’s been a busy two months since our last update on all the life-saving work at the Bannerghatta Rescue Centre. It is a sad thing that we have seen a rise in the number of animals being rescued from the illegal wildlife trade. But we are also happy to tell you that we have been able to treat and release all these confiscated animals successfully. Here are some of the highlights from the last two months. Your commitment to us has helped us do what we are doing, to the best of our abilities. You can continue to help us by donating here. 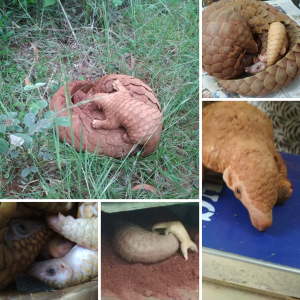 Indian pangolin and her pup

This 8.4-kg mother pangolin and her 700-g baby were seized by the CID’s Forest Cell from Sandur, Karnataka. To our relief, we found both were free of injuries. Treatment would have been problematic, since she was lactating and would have passed on any medications to her infant through her milk.

Pangolins are myrmecophagous, i.e., ant- and termite-eaters, and have robust foreclaws with which they crack open rock-hard termite mounds. They are also excellent burrowers, who would have dug out to freedom in no time – so we kept them in an enclosure with a concrete floor. They refused eggs and substitute foods, so we were obliged to collect ants and termites from the forest for them to eat!

We were amazed to see that even with the mother tightly curled in a defensive ball, the infant could insert himself between her belly scales to hide. After a week of observation they were eating well and gaining weight, so we released them in a safe habitat where pangolins are known to be found.

As the world’s most trafficked mammals, pangolins are one of the saddest stories in animal conservation. These defenceless animals are caught mainly for their scales, which are (mistakenly) assumed to possess special properties in East Asian traditional medicine. All eight species of pangolin are listed by the IUCN as vulnerable, endangered or critically endangered, with the Indian Pangolin being endangered. We are grateful to the Karnataka Forest Department, the PCCF WL, ED- Bannerghatta Park and the other officers of the KFD, without whose support and guidance this rescue and release wouldn’t have been possible. 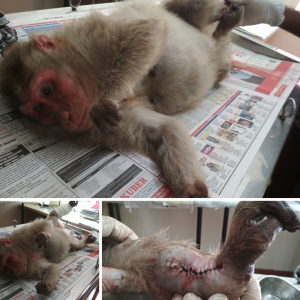 This adult female macaque was rescued by the BBMP Forest Cell in K R Puram with a left hindleg fracture, most probably from a fall.

After she stabilised, we conducted surgery, placing a rod inside her bone to immobilise it and allow the fracture to heal. Although she persisting in pulling off all her sutures from time to time, the bone managed to heal completely in a month’s time.

We are keeping her under observation, and plan to release her where she was rescued so that she can reunite with her troupe.

Spectacled Cobra, September 2019
Cobra rescued from a fight with a mongoose

One of those rare cases where an animal came us as a result of a natural injury! This cobra was in the process of losing a fight with a grey mongoose (which are renowned for their ability to kill cobras). The Range Forest Officer, who happened up the pair inside the Bannerghatta forest, called BRC when he noticed the snake bleeding profusely from the mouth. 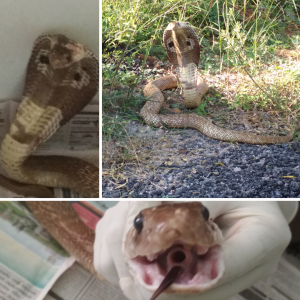 Anand Nair, our centre supervisor, rushed to the spot at once.

We treated the severe tear wounds inside the cobra’s mouth and on his head, and put him in a snake box to recuperate. Snakes heal by the slow process of shedding and re-growing skin. It took this cobra a month and a half and three complete shedding cycles to recover.

Towards the end of his recovery, he gave us a fright by managing to escape. We found him hiding inside the surgery room cupboard, before he could bite anyone – or come to harm himself.

We took the episode as evidence that he was quite ready to leave, and released him at the exact location where he had been rescued.

This hapless snake was tied and bound tightly with nylon rope by locals in Rajajinagar. Luckily, she was rescued before she could be abused further. The rescuer had to carefully and methodically undo the rope, after which he brought her to the centre.

We did a thorough physical examination was done, and administered first aid. The visible injuries were superficial, but we had to be sure that she had not sustained internal injuries as a result of her rough treatment. So far, she has been recovering well at centre. Once she sheds her skin, she will be released in a protected area.

This 7.3-kg adult Indian Rock Python was being smuggled inside a gunny bag on the Chennai Mail on 29th September, when the CID’s Forest Cell and the Bangalore Railway Police confiscated it and had it delivered to Bannerghatta Rehabilitation Centre (BRC). 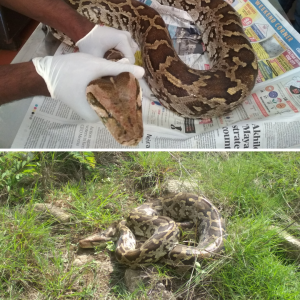 We found no signs of injury, so we gave him fluids and deworming medicine. All wild animals tend to suffer greatly from internal parasites, so as a matter of protocol we deworm our patients to give them the best possible chances of recovery.

We let him recover in a snake pit some distance away from the other enclosures. He refused to take food, which is not unusual, so after 72 hours of observation, we released him inside a protected forest.

These shy and beautiful snakes are on the IUCN near-threatened list, and can grow up to an impressive 15 feet and weigh over 50 kg.