Bonding with the Gentle Giants 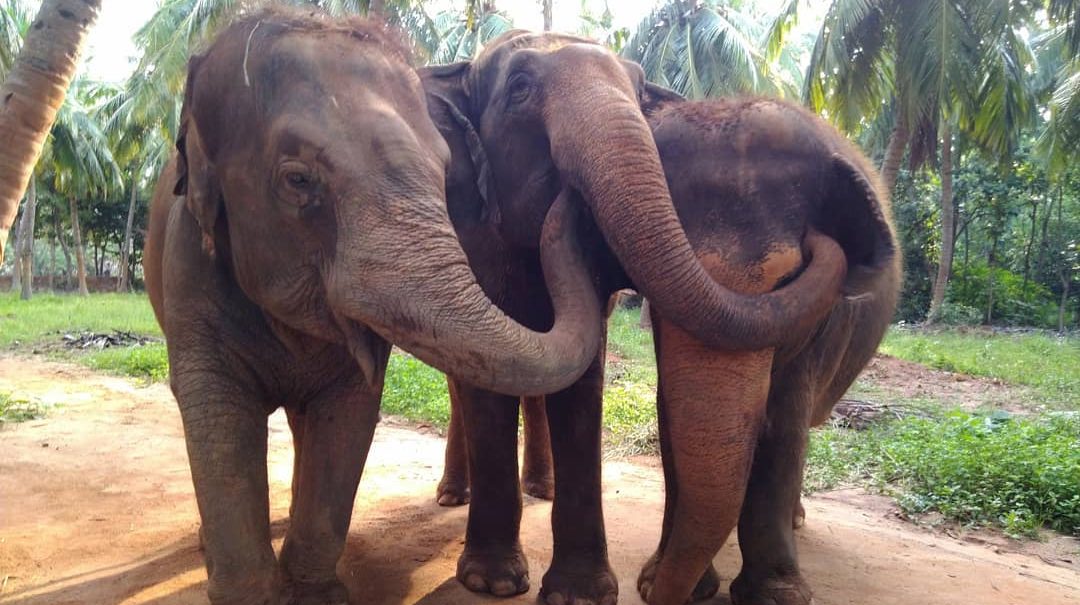 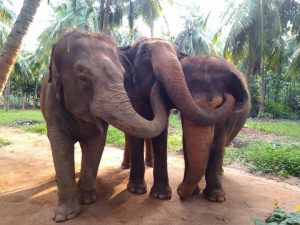 Most Elephant Supporters are well aware of Lawrence Anthony’s love story with Elephants through his book ‘The Elephant Whisperer’. Detailed documentation on his work is available on how he rehabilitated wild elephants after the herd’s matriarch and her baby were shot. The trauma, shock and distrust were apparent when they brought the herd to his sanctuary. It took weeks to establish some calm and connect, and months wherein the herd accepted Lawrence as family and the new place as their home.

Recall how one of the Mahouts narrates the journey of a female elephant under his care since both were around seven years at an Institution. One can see the effect he has on the Elephant and how she seeks him out, as he is now family.

What is even more endearing is the communication of another elephant at the same centre brought in due to physical abuse from hard labour. How Elephant A reaches to the other, displays how essential it is for Elephants (Eles) to have their family as they live in herds. A slight tapping of the trunk by Ele B and Ele A wants to come closer or reach out her trunk, and they soothe each other.

I remember how the two Elephants were making sounds which were a little louder when they spotted a frog that we had missed out and was pointed by the mahouts. The bonding with fellow elephants who were not part of the same herd and with human care-takers takes time to establish and is built with a lot of patience, love and support.

Jayantha Jayewardene, an expert on Asian elephants, says the elephant, although tamed and trained, is not quite a domesticated animal in the same sense that dogs are. As he explains in his book, The Elephant in Sri Lanka: “It (the elephant) is an immensely powerful animal whose strength and wild nature calls for caution in handling it, especially during capture and the initial training stages. Later on, using less than a dozen words of command, the handler, called a mahout, can exercise control over this powerful animal. In most instances, the elephant and mahout develop a strong and lasting bond.”

It is essential to understand that trauma often stems in childhood and continues through life, especially if left untreated or undetected. Of course, life events through the various stages of life results in trauma and also PTSD (post traumatic stress disorder).

Understanding the FFF: fight, flight and freeze response is crucial not just in humans but across the animal spectrum as we are not that different from our animal instinctual behaviour, especially under stress.

Trauma doesn’t vanish in a day or by brief, polite interactions. It’s a process established slowly by understanding the person/Eles getting aware of what triggers and 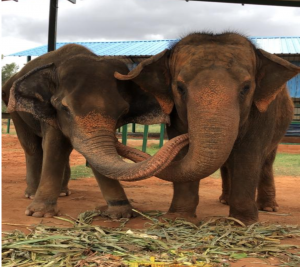 what soothes. Trauma vortex is then gradually replaced by the healing vortex. The voice, tone, touch, presence of other elephants and more so with human caretakers are built in this manner. Ruffling and destabilising by sudden shifts from their habitat and using force will once again re-open the old trauma and wounds. And then we’ll see even more force to control them which creates the exact opposite effect of settling them.

A relevant case-study to be mentioned in this context is of a dear friend’s dog that was bitten by their neighbour’s unleashed pet. The dog was traumatised with the incident and was taken for therapy wherein he wasn’t even sniffing or chewing bones which are natural instincts as explained by the pet therapist. A good couple of sessions and he slowly started getting better though one can notice his tension when he hears the dog or people visiting home, especially at the initial phases of recouping.

Furthermore, documented is the devastating impact on war survivors and veterans as they exhibit a range of psychological symptoms along with physical issues.

Neuroscience the new pioneering field deals with these aspects of creating new mirror neurons to establish stability, peace and calm; and is proving to be exceedingly useful with trauma survivors. Mirroring as we see in parent-child interaction is the basis on which communication is formed and so is bonding. This field is now being used to reinforce and rehabilitate by creating what we wish to strengthen, thereby slowly shifting focus to healing and empowerment.

Elephants with their amazing memory will need to be taught to build secure connections, especially rescued and rehabilitated ones and who best but with their trusted family of elephants and human care-takers. Vital to remember that it is traumatic to be separated from one’s family when young; and even more so when one has finally found a secure home amidst a habitat that is similar to one’s original home and more importantly where they feel safe, by being free and unchained.

It is important to note that we humans have the same stress response akin to our instinctual animal friends. Abuse creates a trauma vortex which gets triggered with anything even remotely similar. Laurence’s work with Elephants demonstrates why it is essential to create safe environments for abused Elephants.

I had worked with a young teen athlete who went through a traumatic childhood. She would lose from a leading position till we worked on the trauma- inner child and that standing out was not punishment. Only then was she comfortable of the lead, standing out and winning along with enjoying the recognition.

Even an injury creates so much fear of getting re-injured that we see Athletes going through significant stress. One can only imagine the impact of trauma abuse of Animals and Elephants that have been constantly exposed to harm and being removed from their family and well connected adopted family.

To summarise, there can be no rehabilitation without understanding the history of the person/animal and the triggers. It’s a bond that develops with time, intention, energy and communication. May we remember this as we try to use logic and high handedness to control these gentle beings. We need to empower them and see them blooming- not chain and torture them to show our power. Research on the hakki-pikki tribe that went for several decades talks of a similar process to be followed.

Dr Chaitanya Sridhar: The writer is an Elephant lover, understanding their behaviour through observation. She is also a Psychologist and Energy Healer.