Chief Justice, Athar Minallah of the High Court of Islamabad in Pakistan, recognized the right to life of elephant ‘Kaavan’ of the Marghazar Zoo and ordered its relocation to a sanctuary in 30 days. Elephant Kaavan, like many other Asian Elephants in captivity (used as a token of diplomatic appreciation), was gifted by the Sri Lankan government in 1985. For more than three decades, Kaavan was confined to a small enclosure in a Zoo. The court came down heavily on the issue of captivity and the cruelty meted out by the zoo management. The court empathized with the pain and loneliness of elephant Kaavan and the trauma that ignorant visitors in the zoo subject animals to. 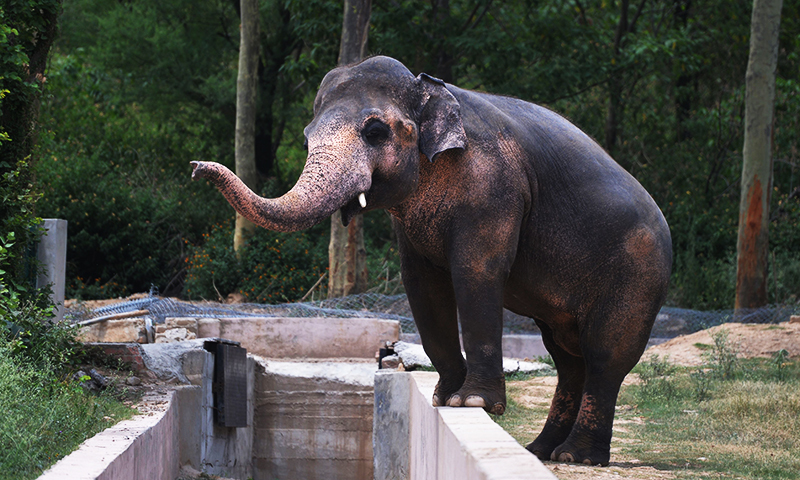 The court referred to Article 9 of the Pakistani Constitution, 1973 (similar to Article 21 of the Indian Constitution) and various international cases such as ‘Sandra the Orangutan’, that was declared as a ‘non-human person’ by the Criminal Appeals Court of Argentina in 2014 and ‘Arturo the Polar Bear’ which was terms the ‘world’s saddest bear’ after companion ‘Pesula’ died, who ultimately died in the sweltering heat of Mandoza.

The judge also made reference to the landmark judgment by the Supreme Court of India in Jallikattu’s matter (A. Nagaraja v. AWBI), by drawing reference to the personal liberty and freedom of captive elephants, Sundar and Sonu of India. The court cited the legal status of animals under international law and Islamic religious scriptures, quoting the Ahadith, “Whoever is kind to the creatures of God is kind to himself’.

The court concluded that animals are not ‘things’ or ‘properties’ of humans. The court said, that ‘life’ is the birthplace of legal protection. An object or thing has no right. “Animals are undoubtedly sentient beings…it is also a natural right of all animals to be respected because it is a living being, possessing the gift of ‘life’. Humans cannot arrogate to themselves a right or prerogative of enslaving or subjugating an animal because the later has been born free…The right to life of humans is dependent on the welfare, wellbeing and conservation of all animal species.”

We are really proud of the entire legal team and animal rights activists in Islamabad who made this happen. This, is in many ways, a massive step in according the status of legal personhood to animals, reiterating our stand that crimes against animals need to be re-examined by the Indian Government and the world at large.